Since the late 1960’s, the muscle car has been loved and enjoyed as a simple and powerful car that is not intended for just any average driver. One of the earliest and most successful companies in the muscle car making game is Chevrolet. Chevy has been producing potent V8 engines since the 1950’s and this gave them a huge advantage in the muscle car world. In 1966, Chevy debuted the new Chevy Camaro in response to Ford’s new Mustang. Both cars became wildly successful and the rivalry between the two cars created a cult following on both sides. In drag racing, trans-am competitive racing and in the simple road car versions, the Camaro and the Mustang have a rivalry that continues to thrive into the 21st century.

Now, Chevy has done it again. They have created a new beast, the 2012 Chevy Camaro. This Camaro continues the sixth generation just as the last 2 years did except now buyers have some new options.

The standard 2012 Chevy Camaro buyers have the following models available to them:

These “base-line” models boast the same V6 version motor that puts out a rubber peeling 323 horsepower as well as 278 lb.-ft. of torque. Having so much power, the instinctive question any smart buyer would ask is in regards to fuel economy. The 2012 Chevy Camaro can proudly answered that question. Even with an engine that puts out over three hundred and twenty horsepower, the Camaro gets an EPA estimated 30 miles to the gallon highway. It is a great compromise between power and efficiency with the added perk of being a legendary symbol for American power.

Camaro extends to the buyer a V8 engine option that further pushes the limit of speed and power with the following models:

Anyone who knows the history of the SS badge from Chevy knows that it means power. Standing for “Super Sport”, the SS logo has appeared on Chevy powerhouses from the Nova and Chevelle to the Camaro. Today, the symbol means the same thing. The 2012 Chevy Camaro SS line up share a powerful V8 engine that produces a staggering 426 horsepower and 420 lb.-ft. of torque. You can trust that this is more than enough power to get you to and from work on time.

For those who aren’t satisfied with being pulled over just once a day, there is yet another version of the 2012 Chevy Camaro. This new, barely road legal Camaro shares its engine design with that of the Chevy Corvette, the very fastest car Chevy has to offer. Producing 580 horsepower and 556 lb.-ft. of torque, this 6.2L supercharged V8 is no joke. The engine, of course, is not the only thing Chevy poured their heart into. The car also comes with an improved suspension, gearbox, traction control and “Stabilitrak” stability control. Chevy announced that the car was designed and built to be race track ready right off the showroom floor. This beast is definitely not for the weak, nor should it be taken lightly. Chevy has really done their homework and engineered a car that gives its competition a run for their money.

The 2012 Chevy Camaro line up has carried the Camaro name into the future with the same pride and legendary power that has come to be expected from Chevy. Every year, Chevy seems to top itself in making cars that perform both on the track as well as at the fuel pumps and the Camaro is a very healthy compromise at both ends. There is no telling how far the Camaro will advance in future generations but surely Chevy will keep the surprises coming. One cannot help but be impressed with the power, engineering and stunning design that can be found in the new 2012 Chevy Camaro.

Tony Alves has been online since 2002. He owns and manages several websites. One of them is a Site about cars: Car Pictures [http://www.my-car-picture.com]

2012 Chevy Impala: Features of the public and police car versions

General Motors has revealed some of the most significant features and specs of the 2012 Chevy Impala to the public. This particular model will be released in two major versions which include those that will be sold to the public while the other would be used as police cars. The 2012 Chevy Impala was actually a redesigned model of the 2011 version with additional horsepower and better fuel-economy compared to the Ford Crown Victoria currently used as police cars. These are among the most important features that car finders of the present are looking for.

According to most car experts the latest version of the Impala is powered by one of the latest engines from General Motors. The engine used for the 2012 Chevy Impala would be the 3.6liter V6 engine equipped with a direct –injection technology for better performance. This engine is mated to a six-speed automatic transmission. This combination allows the Impala to produce a maximum power output of about 302 horsepower. In addition to this the Impala’s sprint time or the amount of time that it would take for the car to reach the 0-60 miles per hour was recorded to be around 6.6 seconds.

Despite the increased horsepower brought about by the change of the engine and transmission, the latest edition of the Impala proves to be more fuel efficient with recorded mpg of 17 in the city and 27 in the highway. The present numbers used to measure the car’s fuel consumption is actually considered as a 3mpg improvement compared to its predecessor. When compared to the Ford Crown Victoria, this rating is almost 28% better.

To make the 2012 Chevy Impala a better police car, GM has used its StabilTrak on this vehicle which made Impala the first model series to use the company’s advanced technology for stability control.  GM engineers also upgraded its braking system to become more responsive. As a result, the Impala’s stopping distance was reduced to 132 feet when stopped from 60 to 0 miles per hour. Aside from this, the Impala’s systems for suspension and steering were subjected to fine-tuning for improved handling and reduced body roll.

The release of the 2012 Chevy Impala is scheduled next month. After this, dealerships would surely be offering the appropriate auto financing options for the latest version of the Impala to help each car finder who are interested in buying their own.

Marty Vergel Baes is an SEO Content Writer for three years now. He has been an expert in writing automotive related articles. Among the topics that he specializes on includes car buying guide, car maintenance tips, auto financing, and bad credit auto financing guides for http://www.carfinderservice.com/, http://aboutcar.com/ and http://www.autofinancing.net/. He is also good in conducting SEO research and article distribution with anchor texts on the body. 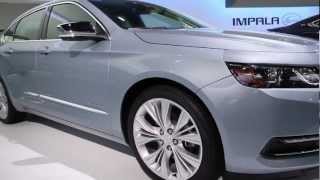 Subscribe for the latest TheCarConnection.com videos: http://bit.ly/Wz78m1 Joel Feder walks through the brand new 2014 Chevrolet Impala from the 2012 New Yor… 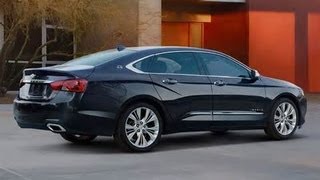 A review and drive of the 2014 Chevy Impala. Almost as high in fit/finish/quality as the Cadillac XTS, but roughly 000 less. The Impala offers FWD and an…
Video Rating: 0 / 5

The 2012 Chevrolet Suburban reliability score shown is the Forecasted Reliability score offered by J.D. Power and Associates. This score is dependant on trending the past 3 years of historical original quality and dependability info from J.D. Power’s automotive studies, particularly the Vehicle Dependability Study (VDS) and the Initial Quality Study (IQS). Chevrolet features the 2012 Suburban with a three-year/36,000-mile standard limited warranty.

Its base V8 engine might not be rather as muscular as the greater eight-cylinder engine discovered in three-quarter ton models, but the Suburban receives better fuel economy than most, and reviewers say it has lots of power for most drivers. They also enjoy its more comfortable ride and say that it is simple to drive, which makes this behemoth feel a tad bit more manageable. On top of that, the Suburban’s well-equipped interior gains praise for its high-quality feel.

Even though the market for full-size, truck-based family cars may be dwindling, there are still a lot of people who desire lots of utility and seating capacity out of their SUV. Reviewers express that these people would be wise to put the 2012 Chevrolet Suburban at the top of their shopping lists. In actual fact, the Chevrolet Suburban does such a good job incorporating cargo space, rugged utility and value that it attained our 2012 Best Affordable Large SUV for the Money award.

However, the Suburban has some considerable drawbacks. The optionally available larger V8 engine, even though more powerful, comes along with a main drop in fuel economy, so reviewers only suggest it for shoppers who need to tow or haul big loads. Its heavy third row of seats must be taken away and stored elsewhere as a way to maximize cargo space, and this process appears like even more of a pain when you think about that most of the Suburban’s rivals have third rows that fold down into the floor. Ultimately, its third row is barely big enough for teenagers, so if you want to chauffer adults in those seats, you’ll need to look elsewhere.

Subscribe for the latest Edmunds.com videos: http://tinyurl.com/8dklalg The 2014 Chevrolet Impala debuted at the 2012 New York Auto show with an eye toward i…
Video Rating: 4 / 5